Understanding & Reducing the Risk of STIs

It doesn’t matter whether or not you are sexually active, who it’s with, or how often—everyone needs to understand STIs and how to avoid them.

Sexually-transmitted infections (STIs) and sexually-transmitted diseases (STDs) are actually the same thing. They are caused by certain bacteria, viruses, or parasites that are spread by sexual activity. STIs include HIV, chlamydia, gonorrhea, HPV, and others. Having an STI does not make you a bad person or undesirable.

How are STIs transmitted?

STIs are very common. Regardless of gender or sexual orientation, anyone who is sexually active can get an STI. You can get an STI while pregnant, so it is always important to wear a condom.

There are simple ways you can reduce your risk of getting STIs. It’s part of taking care of yourself.

The only way to prevent STIs and HIV entirely is by not engaging in sexual activity. See advice about waiting until you’re ready.

Start a conversation with the person you’re sexually active with. Ask: “Have you ever been tested? Let’s go get tested together before we have sex.” Even if you’ve been treated for an STI, you can get it again from someone who has an STI.

Use protection every time.

Learn how to use a condom correctly, and if having vaginal sex, pair it with other types of birth control to reduce your risk of both STIs and pregnancy.

Test regularly and get treated if you have an STI. 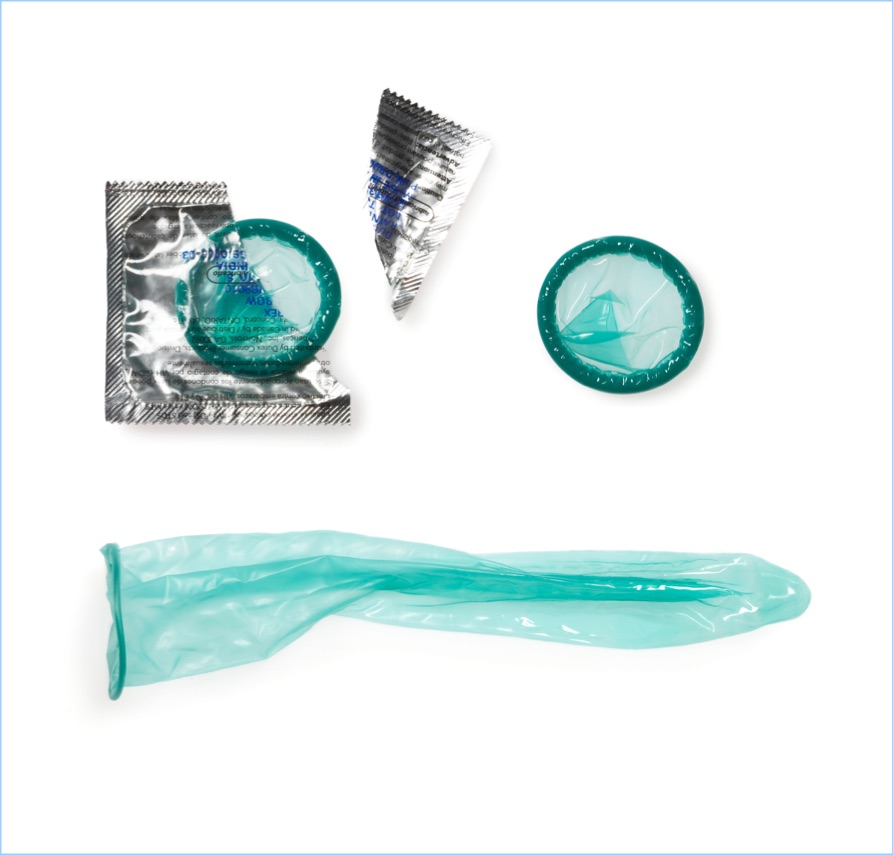 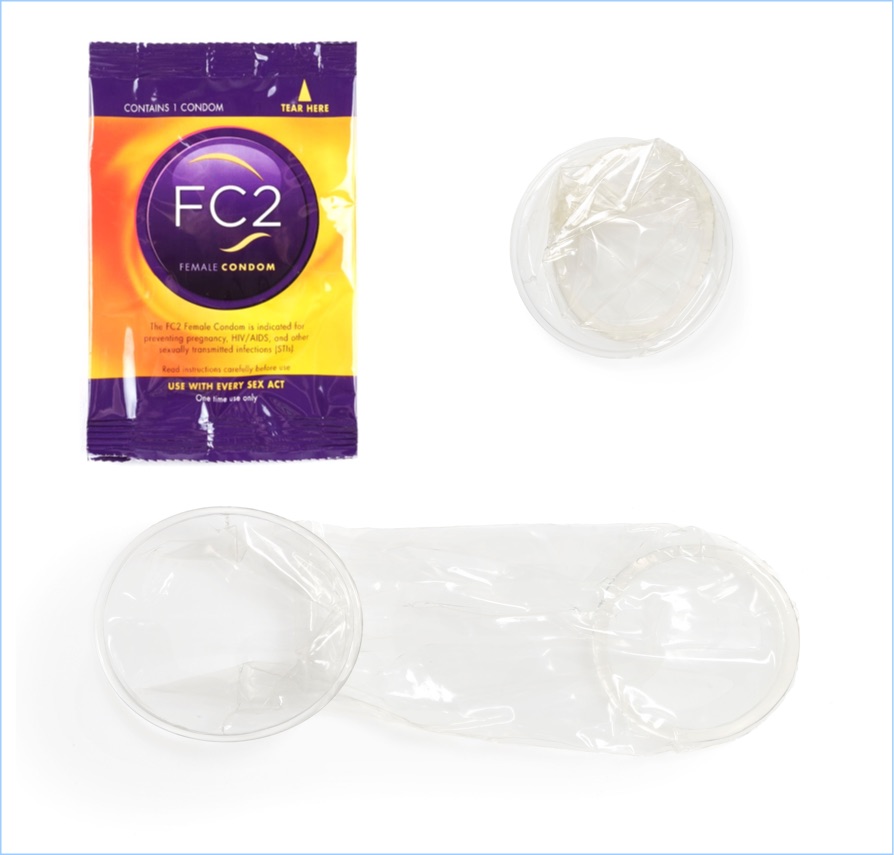 How To: External Condom

Inspect the wrapper to make sure there are no holes or damage. Check for the expiration date. If this date has passed or the package is damaged, throw it away and get another condom.

Push to the side & open with fingers

Use only fingers. Don’t use anything sharp like teeth or scissors.

After Sex Hold the Condom At the Base & Pull Out

Make sure the condom doesn’t come off and that nothing leaks when you pull out. Remove, twist, and throw away.

A Few Things to Keep In Mind About External Condoms

Lubricant (lube) is good. Most condoms are lubricated. You never want a condom to dry out. Dry condoms break easily. If you buy lube, make sure it’s water-based like KY Jelly. Never use oil-based lube like Vaseline, baby oil, or lotion—these can break condoms.

Store condoms in a cool, dry place. Condoms should never be kept somewhere too cold or too hot like the glove compartment of your car (or your wallet) for more than a day.

How To: Internal Condom

Inspect the wrapper to make sure there are no holes or damage. Check for the expiration date (“EXP”) printed on the package. If this date has passed or the package is damaged, throw it away.

PUSH TO THE SIDE & OPEN WITH FINGERS

Use only fingers. Don’t use anything sharp like teeth or scissors.

Unroll, Squeeze the Ring, & Put Into The Body

Squeeze the inside ring and put it into the vagina, using your fingers to push in the rest of the material. It should feel comfortable. The outside ring stays on the outside of the body.

Twist the condom so no fluids can leak out, gently pull it out, and throw it away.

A Few Things to Keep In Mind About Internal Condoms

Internal Condoms: An internal condom (sometimes referred to as a female condom) is a method to prevent sexually transmitted infections (STIs) and/or pregnancy worn inside the body, either in the vagina or in the anus. Many are not familiar with internal condoms. There is only one FDA approved brand of the internal condom on the market in the U.S. – the FC2. Internal condoms are much more expensive and can be more difficult to find than external condoms.

The expiration date is NOT on the back. This condom lists two dates inside the fold on one side of the package. “MFG” is the date the condom was manufactured. “EXP” is the date when the condom expires.

Internal condoms give you more coverage. Because the outer ring coves more of your skin, it offers a little more protection against STIs that are spread through skin-to-skin contact, like HPV and herpes.

Internal condoms give you control. You can wear an internal condom even if the person you’re having sex with won’t wear a condom.

Never use an external condom and an internal condom together. Friction between the condoms will break both condoms.

This condom is not made of latex. It’s a good option for people who are allergic to latex.

A dental dam is a thin sheet of latex (usually flavored). It acts as a barrier between the vagina or anus and the other person’s mouth. While using a dental dam, you must hold it in place so that it doesn’t move or flip.

DIY: Dental dams are sometimes hard to find, so some people make their own out of a flavored condom.

Get the Lowdown on STIs

If you’re 12 or older, it’s your legal right in the State of Illinois to get tested and treated for STIs and get birth control without anyone else’s permission.

2. Get tested and treated.

Testing is not a big deal. Make it a part of your health routine, like going to the doctor for a checkup. It’s often free, very accessible, and always confidential. It’s very important to get treated if you have one of these STIs. Find a clinic near you.

Think ahead. Use condoms every time you have sex. If you are having vaginal sex, use condoms plus another method of birth control. Condoms are easy to get, and often free. Check your school-based health center, if you have one, and check here for a list of other Chicago locations.

4. Talk to the person you’re having sex with.

It can be awkward, but it’s really important to talk to the person you’re having sex with about their STI status and your STI status. Get tips on how to have that discussion. If you have an infection, you should also talk to anyone you’ve had sex within the past. Your healthcare provider can provide fast and easy treatment (known as EPT or expedited partner therapy) for anyone you’ve had sex with who may have the infection too.

You can have more than one STI at a time.

Even if you and the person you’re having sex with have the same STI, you still need to use condoms. Having an STI can increase your likelihood of getting another one—this is especially important when it comes to HIV.

You can get an STI after getting treatment.

You can also get the same STI again, so it’s important to get tested regularly, get treated for any STIs, talk to whoever you’re having sex with, and use condoms every time you’re sexually active.

Anyone who is sexually active can get an STI.

About 1 in 4 teens has an STI. You can’t tell whether someone is infected by looking at them. Since there are often no symptoms, someone could have an infection and not know it. This means they could spread STIs to other people without knowing.

You can only get an STI from another person who has an STI.

You can get an STI if it’s the first time you’ve had any sexual activity.

If the person you’re with has an STI, you can get it—even if it’s your first time.

You cannot get chlamydia or gonorrhea from kissing, sitting on a toilet seat, a swimming pool, or sharing clothes.

The only way you can get one of these STIs is through sexual activity.

You cannot wash or rinse away an STI.

If you treat chlamydia or gonorrhea, how do you know it actually went away?

Treatment is very effective, as long as you and the person you are sexually active with have both been tested and treated. Take all the medication as directed and ask your doctor or healthcare provider if you have any questions.

Since most STIs don’t have symptoms, people often don’t know they have one. That’s why it’s important to talk to the person you’re having sex with and get tested regularly.

Everyone with a vagina will have discharge.

Discharge is common and healthy. If you notice a change in texture or color, burning or itching, or odor, you should see a primary care provider to make sure you are okay.

Getting tested is the only sure way to know if you have an STI.

No one condom brand is better than others.

All condoms go through the same testing process by the FDA before they are distributed. Some brands just spend more money on marketing. To prevent damage or breaking, check the expiration date, use lube, and make sure you’re keeping your condoms in a cool, dry place.

Condom fit and size is a personal preference.

Condoms come in different sizes and fits. Most condoms can stretch enough for everyone and if it is too loose it might fall off. Make sure you have the best fit for you.

or non-consensual condom removal, is when a partner intentionally and secretly removes a condom during sex without the other partner’s consent. Stealthing is illegal and can lead to unwanted pregnancies and STIs.